Home Macedonia These are not small but substantial changes in the indictment, says defense... 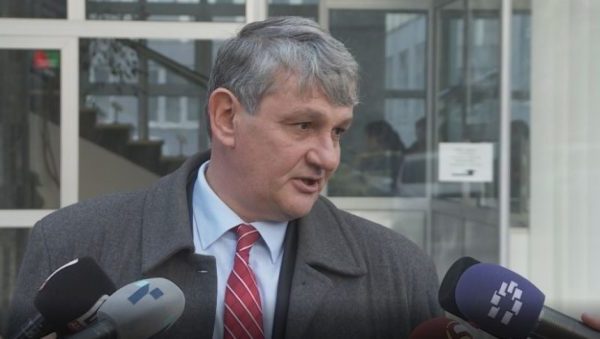 Attorney Goce Ristevski representing Spiro Ristovski in the explanation of the change of the indictment by Vilma Ruskovska says that these are not small but essential changes of the indictment.

“That is why we are asking for a postponement of the main hearing so that we have time to prepare for the new circumstances,” Ristevski told the court.

“The defendants were not given the opportunity to plead guilty, to submit counter-evidence and arguments, so we are asking for a postponement,” Nakov said.

The court accepted the defense’s requests and scheduled hearings for July 6 and 12.

In the new changes with which the prosecutor decided to enrich the indictment after the procedure is completed, it is said that the former Minister of Transport and Communications Mile Janakieski, along with Spiro Risovski, organized the protests, which aimed to prevent the election of a new Parliament Speaker at any cost. Ruskovska claims that under the direction of the former prime minister, they cared about the city in which the protest would start at what time and that they were even the organizers of the protests, and not as before that they only contacted the municipal committees to call for massiveness. According to her, Janakieski even gave instructions to Krsto Mukoski to stand in front of the reader in order to prevent Xhaferi’s election.