Home Macedonia Pendarovski: It’s important to reduce corruption to the lowest level so that... 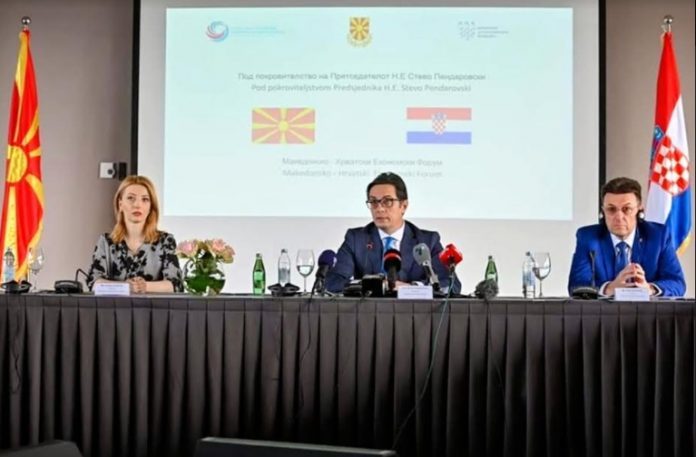 President Stevo Pendarovski, speaking at Thursday’s business meeting between Macedonian and Croatian businesspeople in Zagreb, called for joining forces to return to normal and improve performances in bilateral economic cooperation.

He mentioned that the economic policies in the period of the pandemic were adapted to the health crisis, adding that both in Croatia and in Macedonia, six sets of anti-crisis measures were adopted.

“In this direction, we’ll continue to stimulate the particularly affected sectors,” Pendarovski pointed out.

“In our economy it’s clear that not everything depends on the people in the business sector. It’s clear that the stability and the integrity of the institutions are very important. The rule of law is most important, as well as reducing corruption to the lowest possible level, so that foreign investors and businesspeople could come to a country that has a predictable business climate and a stable business system that can protect their rights,” Pendarovski said.

In this sense, the President pointed out, intensive work is underway in North Macedonia given that the country is on the verge of starting negotiations with the European Union.