Home Macedonia Mickoski: The solution that Zaev sold us is actually a major obstacle... 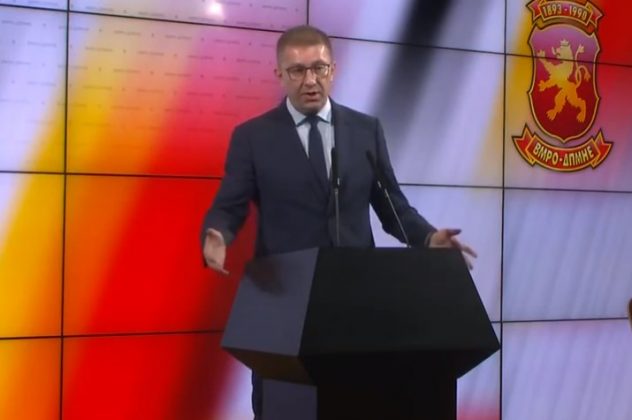 For four years we have witnessed stunts, sales and humiliation, and in return we have not received anything. We are defeated both as a people and as a state, and the EU is unfortunately too far away at this moment. We must fight for a better tomorrow and work on the problems we have inside the country, and the EU will reward the real reforms and then we will become part of the European family, said VMRO-DPMNE leader HristijanMickoski, who spoke in Thursday’s interview with TV Sitel about the current political situation in the country, his visit to Brussels, as well as the plans of VMRO-DPMNE for the upcoming period and the local elections.

“Zaev said for four years that Macedonia should reach agreements and find solutions to the problems with its neighbors, and now that it has sold out everything that could be sold out, the overwhelming fact is that what we thought was help on the road to the EU turned out to be the biggest problem, or blockade. Macedonia has a fundamental problem in terms of functioning, because the economy is at a low level, justice is captured, and only crime and corruption reign. These are big anomalies that cannot move Macedonia forward, but we will change that,” added Mickoski.