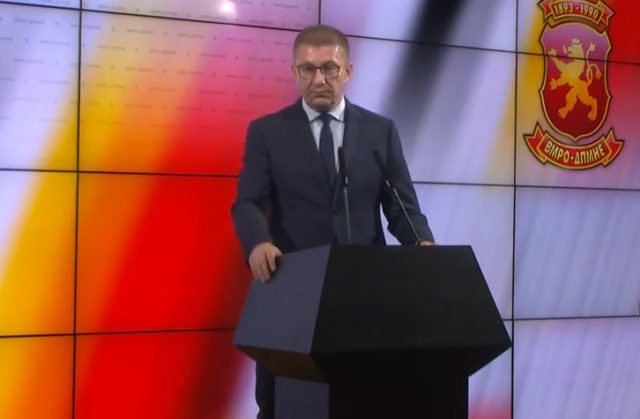 VMRO-DPMNE plans to submit a resolution in the Parliament that will define the key red lines in the dispute with Bulgaria, for language, history and identity.

The aim is to seek social consensus and to outline the positions that will be defended in the negotiations with the eastern neighbor from which this and any future government should not withdraw, because it would cause a violation of state interests.

The definitions that will be used in the resolution are the same ones that are used by MANU and UKIM as the most renowned scientific institutions that will speak about the intention to include all advanced elements that should lead in the protection of state interests.

This proposal comes after the statement of Portugal’s Secretary of State that the Macedonian language originates from the Bulgarian, as from the intensified negative rhetoric from the country’s eastern neighbor.