Home Macedonia Zaev: The dispute between Greece and the then Republic of Macedonia, Zaev... 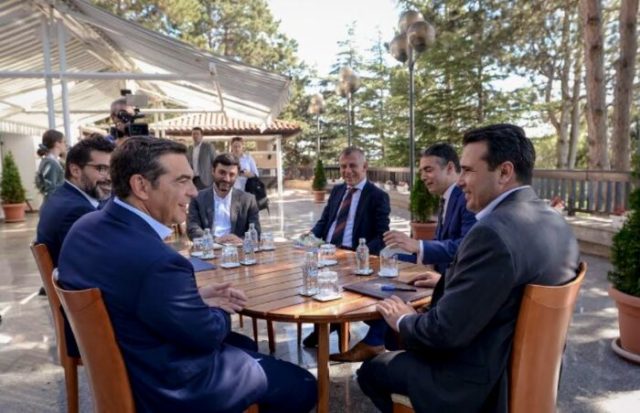 The Balkans is the new hope of Europe, the Balkans is Europe. Based on our experiences from the road to Prespa and the Agreement with Greece, today we have the right to say this – we are Europe now more than ever, Prime Minister ZoranZaev said in a keynote address at Thursday’s opening of the first international conference as part of the Prespa Forum Dialogue.

The dispute between Greece and the then Republic of Macedonia, Zaev said, was a precedent in political history and it required a solution for which there was no example in international relations.

“An innovative solution was needed to get out of the box. And we found one when everyone claimed it was impossible. We put an end to years-long differences that put up a wall that made the friendship between the neighbors difficult,” stated the PM.

According to him, the Prespa Agreement offered the world a new Balkans, European Balkans that showcases capacity to be free, connected and equally valuable and integral part of the progressive world. Today, we’re reaping the benefits from the settled dispute, Zaev said.