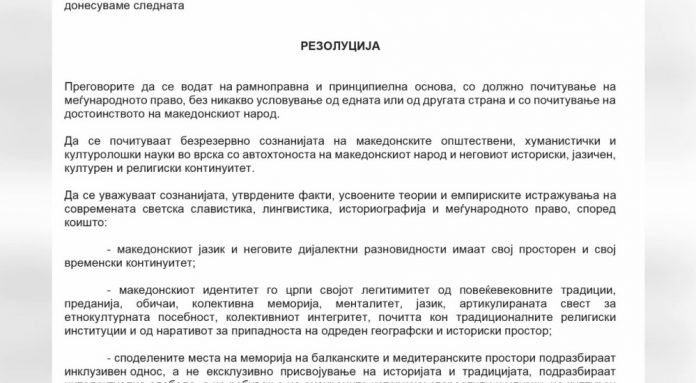 SDSM spokesperson Kosta Kostadinov said Monday that the party will accept the opposition VMRO-DPMNE’s resolution. VMRO-DPMNE, in line with the Constitution, he added, should officially forward the resolution to every MP.

“SDSM’s position regarding the Macedonian language and identity is crystal clear. It has been confirmed many times. The red lines on the Macedonian identity are clear to everyone, both to our people and to the entire international community. If Hristijan Mickoski and VMRO-DPMNE are not sure of that, and need to have it confirmed in Parliament as well, as a constructive parliamentary majority we see no problem in taking such a step and accept the resolution as it is as we’ve seen it in the media. Because there’s no official proposal forwarded to us as MPs,” Kostadinov told a press briefing.