Home Macedonia Ministry of Interior arrested him, while the verdict for Commander Tanusha was... 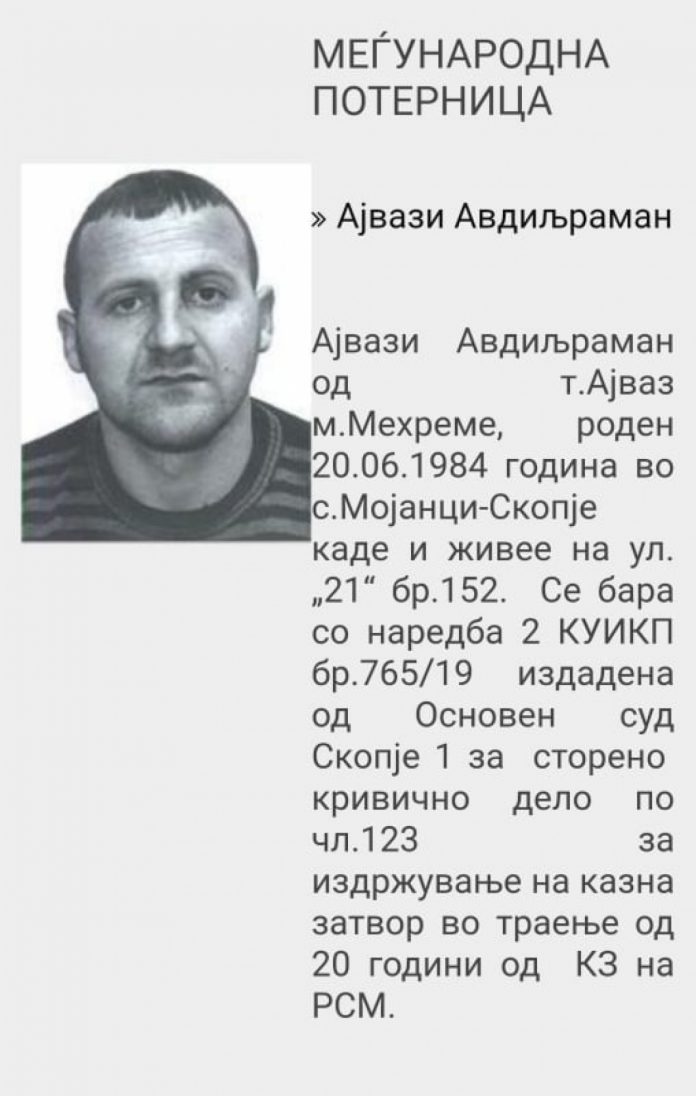 Ajvazi Ajdilraman (37) alias Commander Tanusha from Skopje accused of murder, who was arrested yesterday due to a 20-year prison sentence, was in fact a free man.

On January 20, 2021, the Supreme Court ruled in favor of Aidiljraman at the request of the Supreme Court. So the verdict in his case is overturned and the case is returned for reconsideration and decision.

On the other hand, the police said that Commander Tanusha was wanted on an international warrant for a crime under Article 123.