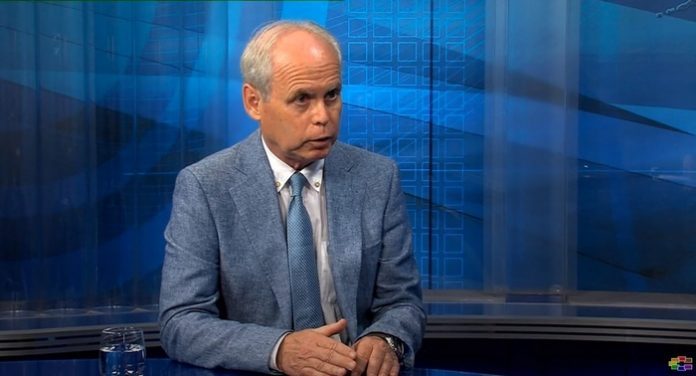 The Skopje–Sofia issue can be resolved only with patient, quiet diplomacy, in an open dialogue between Sofia, Skopje, Brussels, and Ljubljana. Berlin, Paris, and Washington also have important roles. I am cautiously optimistic, because after two strong attempts, by both the German and Portuguese presidencies, I think it may be “third time lucky” for us, Ambassador of Slovenia to Macedonia Milan Predan told Sitel TV on Friday evening. Speaking about possible solutions to the Bulgarian blockade of EU talks for North Macedonia, he said Slovenia will work on the Portuguese proposal, which all member states and the USA agree is a good document, “which both sides can live with.”

Ambassador Predan said it was obvious that delaying the start of accession negotiations was jeopardizing the EU’s credibility.

This problem, Predan said, is not just Bulgaria’s or North Macedonia’s but a problem of the EU and the entire region.

If solved, he continued, people in the region would realize that EU enlargement with the Western Balkans is not just a political phrase and that the EU is serious about it.

“We cannot promise a political miracle, but what I can say is that we are extremely motivated to resolve the Skopje–Skopje issue. And we have the support of all 26 EU member states. It is in everyone’s interest to resolve this issue,” Predan said, adding that the Slovenian EU Presidency was already working on several possible approaches.