Home Macedonia Mucunski: VMRO-DPMNE will not accept a well-structured resolution to become a subject... 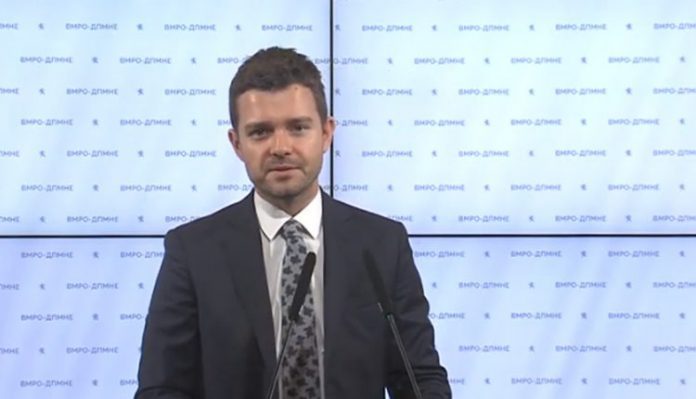 VMRO-DPMNE Executive Committee remains on the proposed concept for unity of all political parties, for the text created and written by the top scientific, educational and social institutions MANU, UKIM and MOC-OA. We would not like to believe that behind the decision of SDSM is leaving room for bargaining with the national and state interests of the highest interest, identity, language and national identity of the Macedonian people, said VMRO-DPMNE MP Timcho Mucunski at a press conference.

“The structure of the proposed Resolution is a concept behind which, for the first time, political parties can find a minimum of space for common positions. For the national and state interests we need to find what unites us. The fact that SDSM decided to change its position for the third time and open topics that are not related to the content of the resolution, unfortunately weakens Macedonia’s position in any future talks with Bulgaria. It is the responsibility of the state leadership to unite, not to divide. SDSM is doing exactly the second. VMRO-DPMNE will not accept a well-structured Resolution, behind which stands the authority of the highest educational and scientific institutions, to become a subject of party calculations and bargaining,” says Mucunski.

He adds that they believe that the adoption of this Resolution is of exceptional importance for accelerating the European perspective, strengthening the state and national sovereignty of the Republic of Macedonia.