Home Macedonia Miloshoskiurges SDSM to accept the Resolution as the “red line” for the... 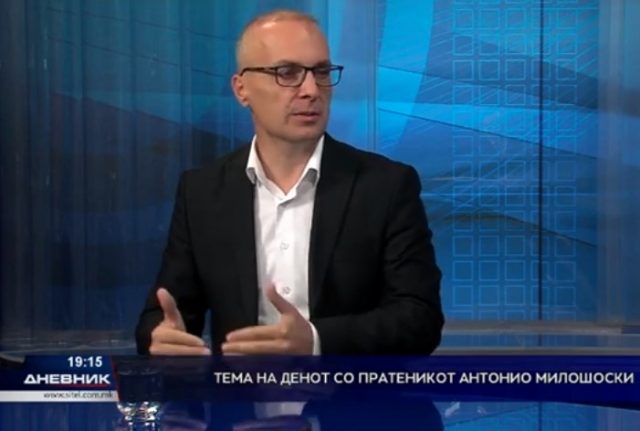 The resolution submitted by VMRO-DPMNE represents the red lines in the relations with neighboring Bulgaria and it should be put on the agenda in the Parliament as soon as possible and in the future should be an obligation for every next government, and Prime Minister ZoranZaev would not be Zoran himself if does not change attitudes and positions, said MP and member of the Executive Committee of the opposition party Antonio Miloshoski on Wednesday.

“A week ago they said that the resolution is a whim of VMRO-DPMNE, then when they saw that there was a good response in the public, they changed their position and said that they would support it as it is, so that yesterday we could hear that Zaev does not mind the content but bothers the form. I will say one thing. This resolution does not refer to Greece, it does not refer to the Prespa Agreement. The resolution concerns the dispute with Bulgaria – something that has united the citizens of Macedonia around the red lines. That there should be no negotiations on the identity, the language, the interpretation of history, said former Foreign Minister Miloshoski.

On the other hand, Miloshoski added, this draft Resolution is not of VMRO-DPMNE in content, he continued, but is a sublimate of a scientific and diplomatic paper of the Macedonian Academy of Sciences and Arts and the University of Skopje.