Home Macedonia Ilinden has appeared twice in our history, says Zaev in Pelince 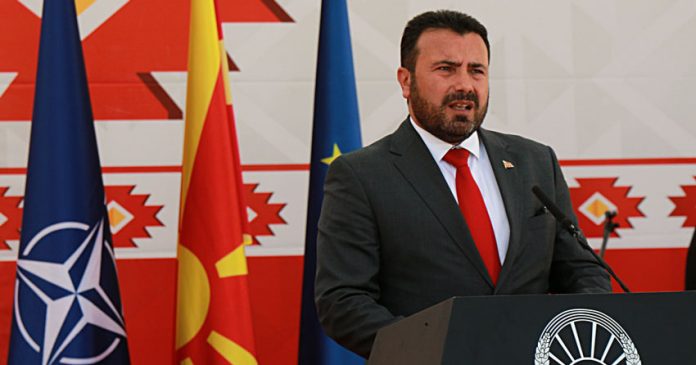 The light of Ilinden has appeared twice in our history. The first time, in 1903, with the Ilinden epic, which ended with the Krushevo Republic. The first Republic in the Balkans, which at the beginning of the 20th century strongly conveyed to the world the voice for the realization of the centuries-old dream of its own state of Macedonians and their brothers and friends from other nations who lived, live and will live in this area,” said Prime Minister Zoran Zaev in his address on the occasion of the Ilinden holiday.

“Ilinden shone for the second time in 1944, in the monastery of St. Prohor Pcinjski ”, where the First Session of ASNOM was held. That day, the vision of the uncompromising fighter for the independence of the Macedonian national cause, Dimo ​​Hadzidimov, came true, who on the occasion of the 20th anniversary of the Ilinden Uprising, in 1923, said: “The Macedonian people will celebrate a second, victorious Ilinden.” And it did. With the participation and victory in the great anti-fascist World War on the territory of Macedonia, the members of the partisan units of the National Liberation War completed the historical goal – the statehood of our country. At the first state-building assembly of ASNOM, the birth of a democratic federal Macedonia was witnessed by the great world powers, the United States and Great Britain. The same as our current NATO allies,” Zaev said.