Home Macedonia Xhaferi: We have one country and it is everyone’s duty to protect... 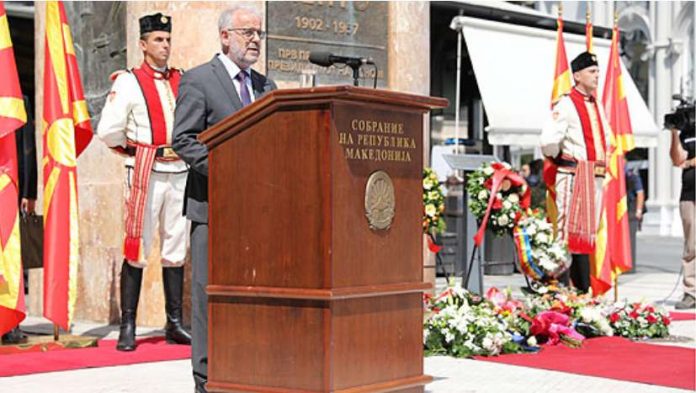 Republic Day, which marks 118 years of the Krushevo Republic in 1903 and 77 years of the First Session of ASNOM in 1944, represents the two pillars on which the statehood of the country is based, said Parliament Speaker Talat Xhaferi in his address in front of Parliament as Macedonia is celebrating the 118th anniversary of the Ilinden Uprising and the 77th anniversary of the Anti-Fascist Assembly for the National Liberation of Macedonia (ASNOM).

Mentioning the resolution, adopted in Parliament last month, establishing the Macedonian national positions in the context of the blockade of the country’s EU integration bid, Xhaferi described it as being “the best confirmation that forces have been joined to maintain the dream of all known and unknown heroes.”

Referring to Macedonia joining NATO, the Speaker said the country is on the right track after making difficult decisions to unblock the Euro-Atlantic integration process as a show of political maturity.

“We have one country and it is everyone’s duty to protect it for us and for future generations. We owe it to everyone who had fought for this country, for a society of all citizens, where our children, grandchildren and future generations deserve to live, grow and prosper in North Macedonia, a modern country of European citizens,” Speaker Xhaferi concluded.