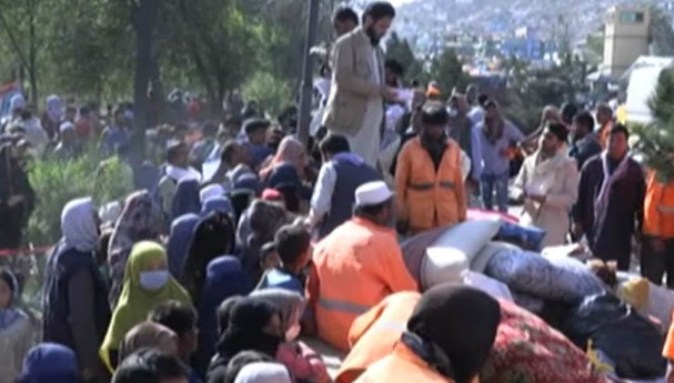 A majority of the 450 Afghan civilians are expected to arrive by plane by the end of the week depending on the situation at the Kabul airport, government spokesman Muamet Hoxha said Wednesday.

The civilians, he said, are democratic and peaceful people who have been working for humanitarian and peace missions, women and children of those working for these missions, activists from human rights organizations, journalists, translators, students and scholarship holders as well as people who have provided support in the past 20 years to NATO allies in Afghanistan, including Macedonia’s army.

“According to information, North Macedonia was one of the first, if not the first country, that offered the United States help in taking in these civilians, who are in grave danger after the Taliban takeover of Afghanistan,” said the spokesman. We stress that there is no risk from migrant crisis, Hoxha said.

“This humanitarian operation shouldn’t be compared with the transit center for foreigners or the migrant camps on the northern and southern border. North Macedonia is part of the global humanitarian campaign,” he said noting that accommodation costs will be covered by international organizations and the US while visas are pending for the US or third countries.