Home Macedonia Tetovo fire squad commander: We did not see if we were taking... 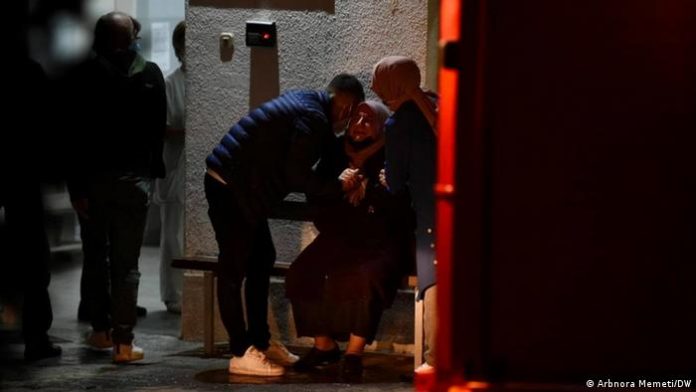 Three firefighting vehicles and 16 firefighters fought the fire that broke out Wednesday night around 9 pm in the modular Covid hospital in Tetovo. Only one firefighter in the entire city did not come out on the ground, said the commander of the Tetovo firefighter squad Uka Aliti onThursday, and admitted that the firefighters received great help in extinguishing the fire from the citizens and the doctors.

The first intervention was on the inside of the hospital, and then my colleagues noticed that the other side had to be intervened. The fire was to be extinguished here, and at the same time the patients were to be evacuated. The fire was so large and there was a risk of the fire spreading to other nearby buildings. But we did our best, we did our best, and we prevented the flames from doing more damage. Our goal was to get as many people as possible out of the burning building,” Aliti said.

In those moments, he added, they did not see or think whether they were taking out alive or dead patients.