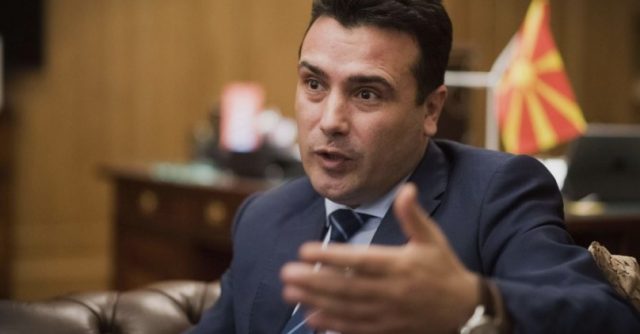 Speaking to SitelDnevnik, SDSM leader ZoranZaev said he was convinced that his party’s Coalition was the absolute favorite in the upcoming local elections.

“This time it is not the parties that are in question, this time it is the choice of individuals. Indeed, the right selection of personalities is something that puts them in a greater favorite advantage or in a less favored position. “We have spent a lot of time and analysis on that and I believe we have offered the best of the candidates,” Zaev said, adding that he expects the focus to be on infrastructure projects in the future.

Asked if early parliamentary elections could be held  after the local elections, the SDSM president said that this cannot be ruled out if the citizens show that they do not agree with their policies.

“Our expectations according to all analyzes, in the end the citizens decide, indicate that we will have the most mayoral seats, the most council seats and the most votes for our Coalition. And that is expected to be the case. Secondly, a year ago the citizens decided in the elections, Macedonia really needs a period to work on reforms, the economy, the economic standard of the citizens and we should use that. What I cannot say and no, when the message of the citizens through voting is really the opposite of what we expect, every time all opportunities are open. But I am definitely always focused on the future, on advancement and so good cooperation between the central and local government,” said Zaev.