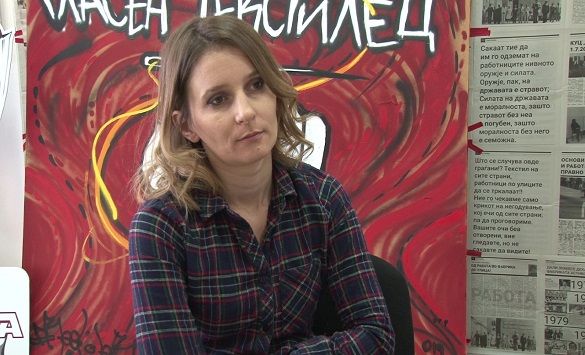 The Association “GlasenTekstilec” -Shtip reacts most strongly to the new draft Law on Administrative Workers of the Ministry of Information Society and Administration in which the full working time of the administrative employees is changed for which the current 40 hours per week are changed to 36 hours per week or eight hours per day Monday through Thursday and four hours daily on Friday.

The NGO “GlasenTekstilec” notes that such a draft law is discriminatory and violates the constitutionally guaranteed rights and freedoms of citizens because citizens are equal before the Constitution and laws. According to the Constitution, everyone has access to every job under equal conditions. President of GlasenTekstilec Kristina Ampeva does not agree with this draft Law with the explanation that the employees in the private sector are not placed in the same position with the employees from the public administration and they are discriminated in the part of working hours and salaries.

“This is a discriminatory law. It violates the principle that employees will not be put in an unequal position based on their religion, ethnicity, race, union membership or other criteria. This favors the public sector employees over those in the private sector who actually move the economy. I understand that we are in a pre-election period, and that the votes of the public sector are a must-have, but this is not sustainable and it is not fair,” said Kristina Ampeva of the union of textile workers.