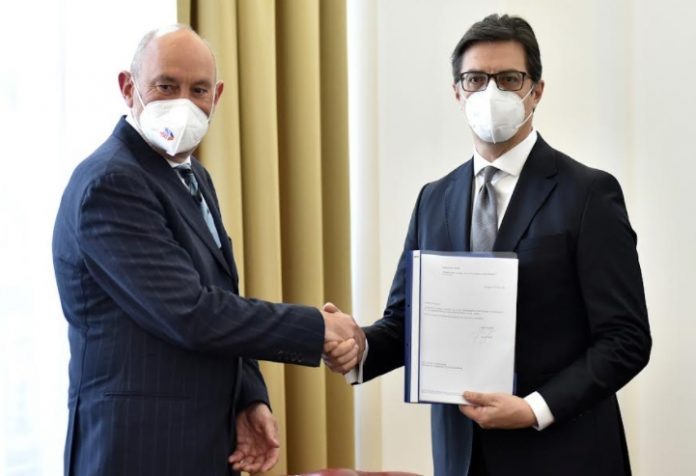 President Stevo Pendarovski received the head of the European Union Delegation to Macedonia, Ambassador David Gere, who presented him with the European Commission’s 2021 Progress Report on the Republic of Macedonia, according to an official press release.

President Pendarovski expressed his satisfaction that the European Commission in its report had reaffirmed North Macedonia’s progress in implementing the necessary reforms and the country’s readiness to start accession negotiations with the European Union.

Pendarovski also expressed his expectation that the EU Council would adopt the negotiating framework soon and schedule the first Intergovernmental Conference between the EU and North Macedonia, marking the start of membership negotiations in accordance with the European Commission’s recommendations.

At the meeting, Pendarovski and Geer talked about the key points of the report, which according to the President is an objective picture of the situation in the country.