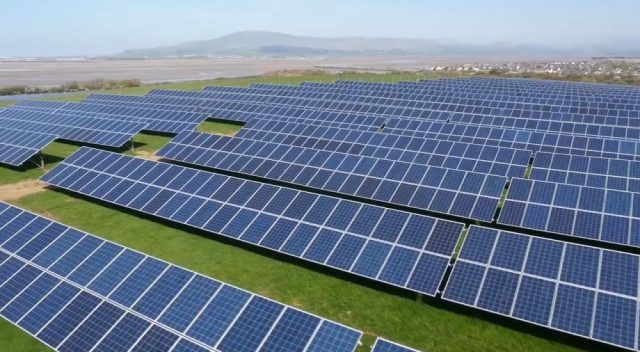 These are investments of two Bulgarian investors whose companies are registered at the same address in the settlement of KiselaVoda in Skopje.

On November 30, 2021, the day when the Government declared three days of mourning on the tragic accident in which 46 Macedonian citizens were burnt alive in Bulgaria, as a special item on the Agenda, a decision was made to determine the status of strategic investment project of the Electricity Generation Company. “OSTRO SOLAR” – Skopje. The adoption of this decision in public went almost unnoticed due to the severe effects of the tragedy on the public.

During Tuesday (December 7, 2021) at a press conference, ZoranZaev, the French Ambassador to Macedonia and the owner of this company publicly affirmed this project with a huge 270 million euros as a direct French greenfield investment, money that will have to be invested in the photovoltaic power plant “Stipion” at a location where previously the cargo airport in Shtip was to be built.

Late on Tuesday afternoon, at the 125th session of the Government, two decisions are made (now) again to determine a strategic investment project for construction of two photovoltaic power plants, investments of “RINUABLE POWER INTERNATIONAL DOOEL Skopje” and “HEC MCO” DOOEL Skopje”.

The owner of the company “RINUABLE POWER INTERNATIONAL DOOEL Skopje” is PavelValnev, a politician from Bulgaria, registered with an address in Skopje. PavelValnev also owns companies for marijuana operations in Kocani, Krushevo and Strumica. These are the companies “Tetra Hip Kochani”, “AmeriPharmacyStrumica” and “5leters Krushevo”.

Net Press (Macedonian: Нет Прес) is an independent internet news agency in the Republic of North Macedonia. Net Press's primary task is providing news, information and analyses only in Macedonian language. Net Press was founded in January 2007 and is based in Skopje.
Contact us: co[email protected]
©