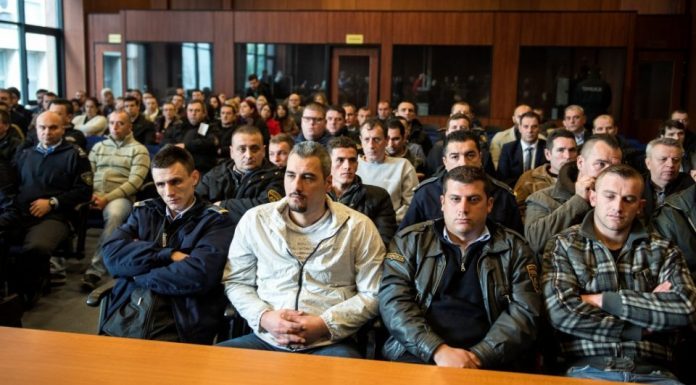 At the plenary session of the Parliament of Kosovo yesterday, the issue of some members of the so-called Kumanovo Group to return to Kosovo and serve their prison sentences there was discussed again, report daily newspaper Lajm and other Albanian language media.

The case of the “Kumanovo group” is the clash on May 9 and 10, 2015 in Kumanovo’s Diva Naselba between the “Tigers” special unit of the Macedonian police and the intruders of the armed group from Kosovo, when eight police officers were killed and 37 were wounded. 14 members of the Kosovo group were also killed. In the trial, 33 people were convicted of terrorism and terrorist organization: eight defendants were sentenced to life imprisonment, and 13 defendants were sentenced to 40 years in prison. Five were sentenced to 20 years in prison, one to 18 years in prison, and two each to 14, 13 and 12 years in prison. Former Kosovo Prime Minister Ramush Haradinaj in August 2018 had requested that these prisoners of terrorism be extradited to Kosovo and serve the remainder of their sentences in Kosovo prisons.