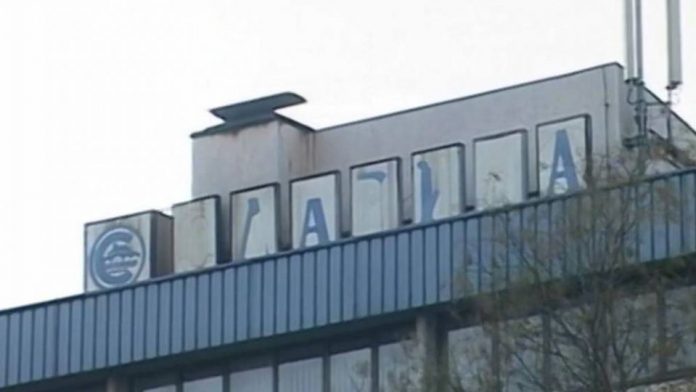 The silence of the entire SDSM Government, including Zaev’s pawn Dimitar Kovachevski, who has not yet commented on any issue, not even the sale of AD Slavija, is just an indication that they want to sell AD Slavija knowingly devalued , at a price of the founding share of 218,000 euros, and not at a market estimated value by the institutions. Shame, embarrassment and madness of the government. The entire property of AD Slavija, let us repeat once again, with all attractive lands and properties costs over 20 million euros, VMRO-DPMNE spokesperson Dimche Arsovski told the media on Friday.

Arsovski stressed that with these documents that he will present to the public and the media today, SDSM will deny them several times, in an attempt to get out of this criminal process announced in their press conferences.

“This is an official document from the Central Registry, which shows the annual income and cash flows of AD Slavija.

This is a listing of processed annual accounts from the Central Register of AD Slavija. Every year, AD Slavija has revenues from the operation of the company itself of about 50 million denars.

That is about 70-80,000 euros per month of income depending on the month that goes to the account of AD Slavija. According to our information, at the moment there is about 6 million denars or 100,000 euros on the account of AD Slavija, which means that the new buyer who would buy Slavija for 218,000 euros, if it is not postponed as we appeal, would get money on his account when he bought the company and the shares and he can practically be caught for 100,000 euros to buy such a company because these 100,000 euros will be returned to his account. On the other hand, in the liabilities part of the annual account it can be clearly seen that the liabilities of AD Slavija are 253,271,232 denars or 4.2 million euros of liabilities and debt. As we said in the past press conferences, the debt is not as they lied in the Government at those press conferences that it was 17 million euros or much more, the debt is only 4.2 million euros, ” said Arsovski.