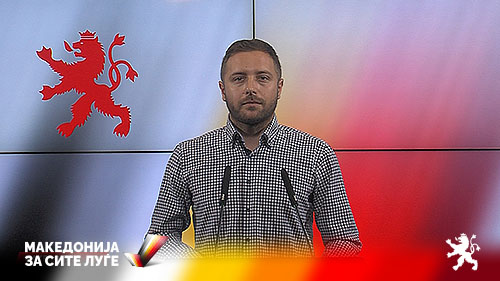 The Agency for Management of Confiscated Property, led by its director FatonAsani, gave up the intention to sell AD Slavija, and the opposition VMRO-DPMNE, which alerted that the property of AD “Slavija” estimated at several million euros will be given ten times five times expressed satisfaction with that they made such a decision “together with the citizens”.

According to the available information, at the request of the Agency, the public stock exchange auction was canceled, which, according to the announcement published at the beginning of December, was to be held on Monday, Tuesday and Wednesday, with a starting price of 218,000 euros.

“The ruling party and the government have admitted their guilt and dishonest intentions to sell AD Slavija for 218,535 euros, even though its value is over 20 million euros,” said VMRO-DPMNE spokespersonDimcheArsovski.

“By revealing this huge scandal, we have never been hesitant as a party to succeed in our intentions to prevent the sale of this state-owned company for no money, where people close to the government will profit heavily in millions,” Arsovski said.

The opposition spokesperson thanked the public which, as he pointed out, stood side by side with VMRO-DPMNE and violently followed the situation, hindering the intentions of the criminals in power.