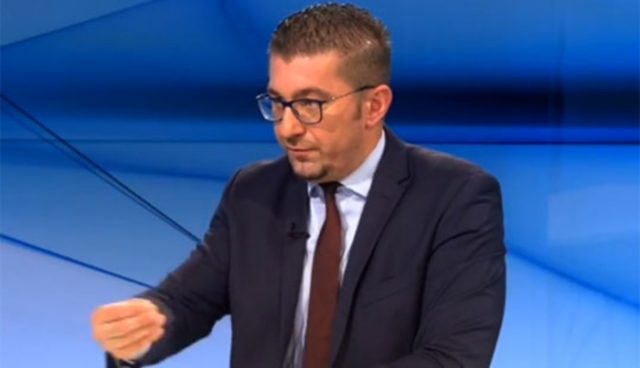 What I can say is that this Government lost the credibility of the people in the local elections, which were a kind of debacle of all policies of the current Government, VMRO-DPMNE leader HristijanMickoski told Deutsche Welle.

“The new Government includes the same people whose policies were defeated. You have people like LjupchoNikolovski, in charge of fighting corruption, at a time when this Government is off the charts in all the lists measuring corruption. BojanMarichikj remains in the Government even after all the injustices and staged trials in the judiciary while he was Justice Minister. Oliver Spasovski, the key spokesman for the mafia, who was involved in major scandals including the selling of passports to the mafia and unresolved murders, remains Interior Minister. FatmirBytyqi remains as Deputy Prime Minister for economic development, after the fiasco we are experiencing, with runaway inflation, high prices, low wages. This Government represents a continuity of the Zaev governments, without new energy and freshness. It offers the same promises Zaev made, without a plan or strategy how to implement them. Same old phrases. A Government nominally led by SDSM, but in reality, it serves under the DUI party, helped out by LDP, DOM and DS, who continue to support it because of their own perks,” Mickoski said.

“On the other hand, you have unimpressive ministers, whose portfolios say that they came there as guardians of Zaevism and blind followers. Professor Tupancheski is also a minister, and it would be good to hear what he thinks as a good lawyer about the main request of Alternativa, which is part of the agreement with SDSM – to reopen the “Monster” case and other legally established cases,” said the VMRO-DPMNE leader.