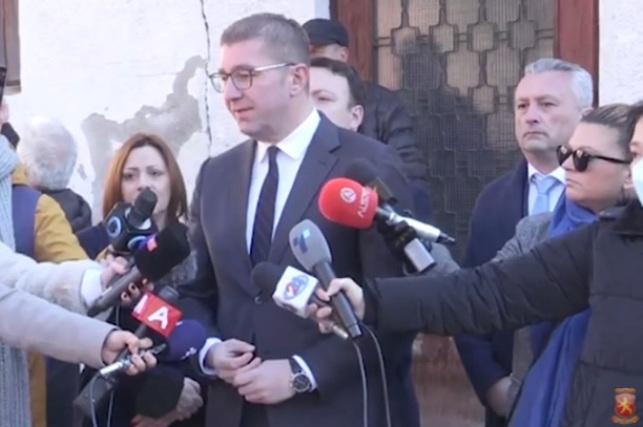 As a delegation at the highest level of VMRO-DPMNE, today we mark the 150th anniversary of the birth of the great Macedonian hero GoceDelchev. Who left a big mark for us Macedonians, for Macedonia. With his work and his struggle for an independent, sovereign Macedonian state in the heart of the Balkans, he did not oblige us to preserve, nurture and develop it so that the generations after us will remember his great work for Macedonia and the Macedonian people from whose unbreakable link this man represents, said the leader of VMRO-DPMNE HistijanMickoski.

So today as VMRO-DPMNE within the Macedonian Parliament we will submit a Declaration with which we want to get support from all political parties that are parliamentary and non-parliamentary with a single goal to strengthen the foundation for the character and work of GoceDelchev.