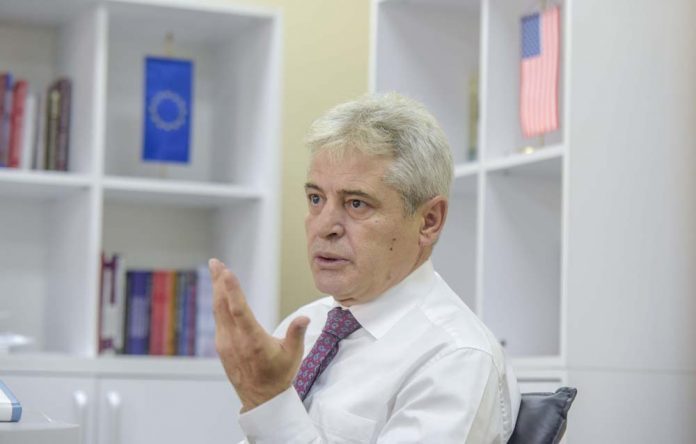 The leader of the Democratic Union for Integration (DUI) Ali Ahmeti was known to be a member of the Marxist-Leninist iridium in the former Yugoslavia. Hence, his enthusiasm for the former Albanian communist dictator EnverHoxha is not surprising, which can be seen from the video that was posted on the Facebook page of Almakos.com.

In the brief post that follows the video, Ahmeti can be seen listening passionately to and singing the song dedicated to EnverHoxha, who ruled Albania with an “iron fist” from 1948 until his death in 1985.

“A mother waited for five centuries/Skenderbeg’s brother grew up/EnverHoxha is his name”, reads the chorus that Ahmeti sings.