Home Macedonia Trenchevska: The importance of the Law on Prevention and Protection from Violence... 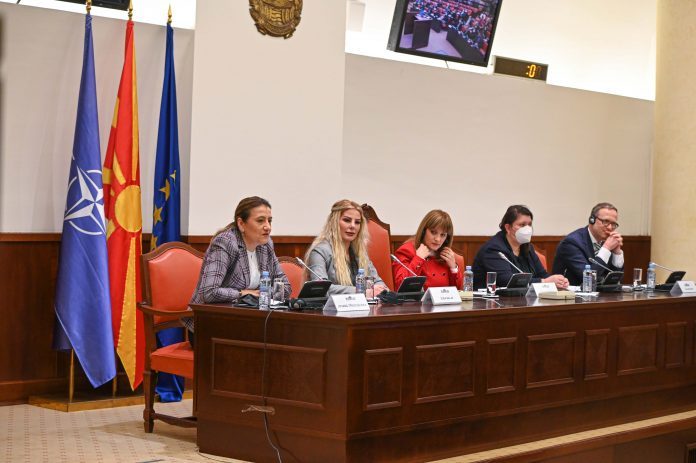 A comprehensive policy is needed to combat violence against women, but also to develop and improve national policies for prevention and protection of victims of gender-based violence against women and domestic violence, said Minister of Labor and Social Policy JovankaTrenchevska at today’s meeting in Parliament between the representatives of the Parliamentary Club of the Republic of Kosovo and the Parliamentary Club of the Republic of North Macedonia.

Minister Trenchevska shared the experiences from the adopted Law on Prevention and Protection from Violence against Women and Domestic Violence, pointing out that the Ministry continues to work dedicatedly on developing and improving national policies for prevention.

“The priority is to have a fast, efficient procedure for protection of victims, their reintegration into the system and to provide prevention in order to reduce violence. The Law regulates the actions of the institutions, with due diligence in protecting women from all forms of gender-based violence and victims of domestic violence, the mutual coordination of institutions because this issue should be addressed in a multi-sector manner by several competent institutions at local and national level. The Law also regulates the services for protection of victims, i.e. shelter centers and other forms of assistance and care for victims. There are also prevention measures. We have legally regulated the establishment of a unified model for data collection, fast and efficient handling of courts and centers for social work, as well as the right to sue in civil courts by victims of gender-based violence, to determine responsibility for inaction with due attention by the competent institutions,” said Minister Trenchevska.