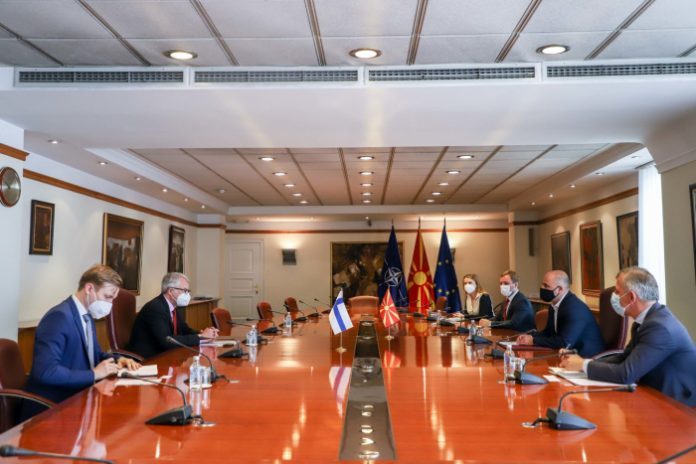 Macedonian Prime Minister Dimitar Kovachevski met with Kimo Lahdevirta, non-resident Ambassador of the Republic of Finland to the country.

The meeting focused on the war in Ukraine, the security situation in Europe, as well as opportunities to boost good bilateral co-operation between the two countries, informs the government’s press office.

The unity of the NATO member states and the European Union in the positions on the Russian aggression against Ukraine is assessed as significant.

It was also concluded that the step of the Republic of North Macedonia in European perspectives is important for our country, but also as an encouragement for the entire region, and as a contribution to the stability and security of Europe.