Home Macedonia Macedonians cut off in Gora after the a bridge collapse on the... 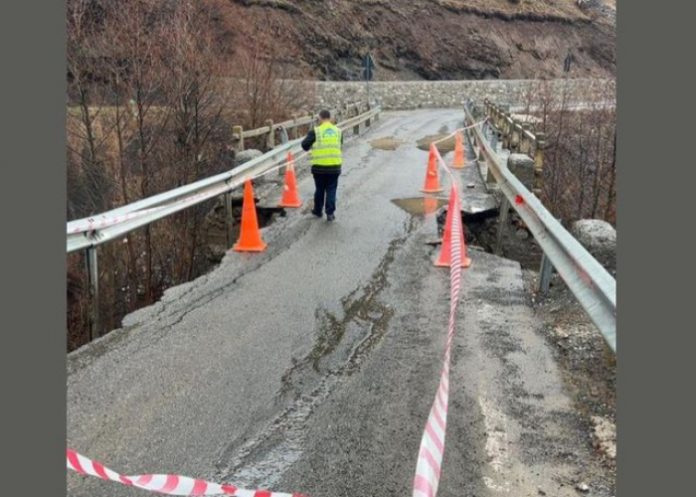 The storm that has hit Albania these days has caused several villages in the area of ​​Gora to remain isolated due to the collapse of the bridge Streza on the road Kuks-Shishtavec, reports the daily newspaper Makedonium.

They add that representatives of the municipality of Kukes and the traffic police blocked the movement on the bridge for security reasons.

“The collapse of the bridge came as a result of heavy rains that caused erosion. The assessment of the situation has already begun and the experts will work on an emergency until the final solution, while until the bridge is repaired, the residents of the Macedonian community must use the Shishtavec-Krushevo border crossing with Kosovo to reach Kukes and vice versa,” reports the newspaper.

The mentioned bridge is part of the Kukes-Shishtevac road, an investment realized in 2013.