Home Economic Second day of protest for UPOZ – still no invitation for a... 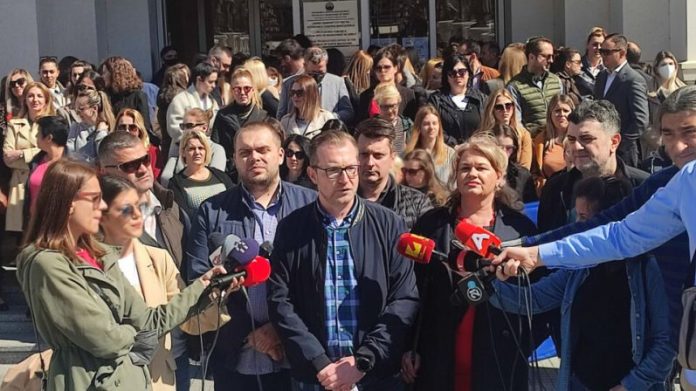 Our requests are more than fair, we have no information from the Government and we still do not have an invitation to meet with them. According to data released yesterday by the State Statistical Office, we must sit down as soon as possible and find a solution, because those statements of the Government that if they pay salaries to public sector employees, inflation will rise are incorrect, said the president of the UPOZ Union Trpe Deanoski on the second day of the warning protest of the employees in the state administration.

The UPOZ head assessed that the turnout on Thursday was more than enough, and announced today that they expect even greater turnout.

-“We had a turnout of all employees and members and not union members. The employees recognized the message of the Trade Union of UPOZ, they recognized the fairness and justice behind that message and behind those demands that we have together with SSM. We had certain pressures yesterday, today there is no pressure for now, they still have not reported any pressures,” said Deanoski.