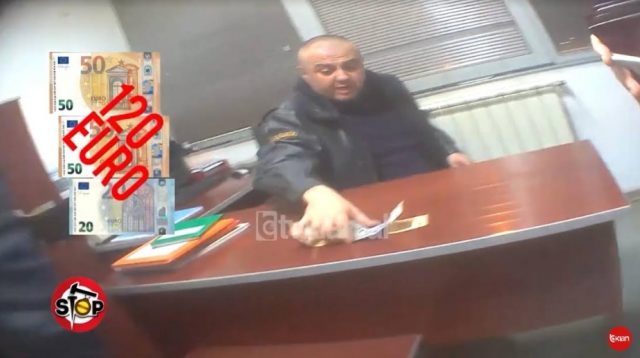 The shift manager at the Blace border crossing ShkretaElhamwas caught on camera taking a bribe of 120 euros from Albanian citizens crossing the border. The video was broadcast on Tuesday by the Albanian TV Klan in the “Stop” show.The TV Klan reporter, in the role of a passenger, paid 120 euros for the customs officer to miss six Albanian citizens without any checks. This check of the journalists followed after the television was contacted by an Albanian carrier, and with information that Macedonian police officers are constantly asking for a bribe at BCP Blace for something that should be a free service.