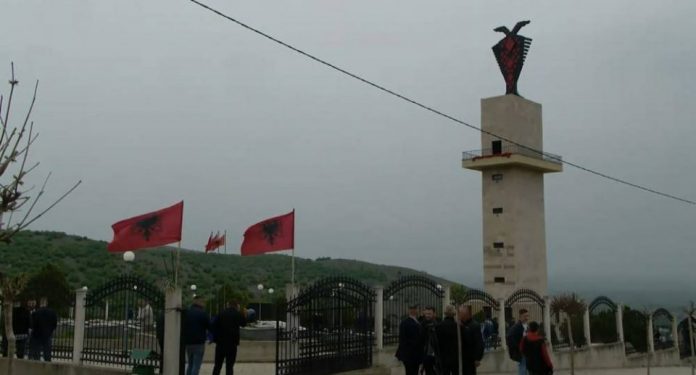 The ceremony organized by DUI for unveiling the 20-meter monument in honor of the lost fighters of the so-called NLA has started in the village of Slupchane on Monday afternoon.

The Ministry of Transport and Communications, contrary to the claims of the local authorities, denied that permission had been requested from them, while the Ministry of Culture distanced itself, stating that the competence under the Law on Memorials and Monuments is the Parliament or local self-government units.