Home Macedonia Mickoski- Azay Guliyev: Snap elections are more than necessary to get out... 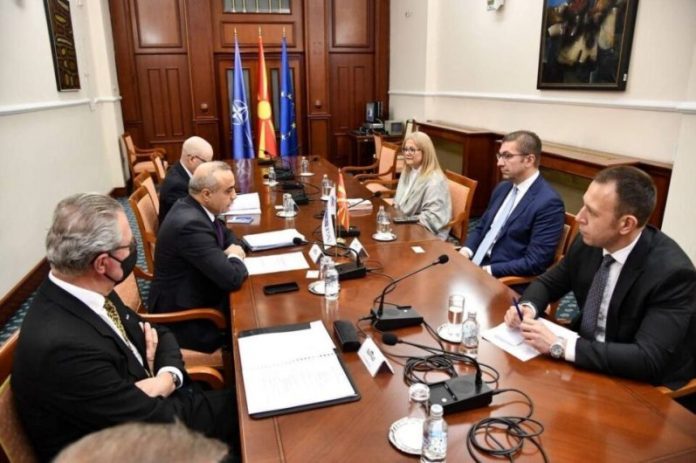 The leader of opposition party VMRO-DPMNE Hristijan Mickoski, along with the MPs from the VMRO-DPMNE parliamentary group and the Coalition “Renewal of Macedonia”, Igor Janushev, Dafina Stojanoska and Eli Panova, had an official meeting with Vice-President of the OSCE Parliamentary Assembly and Special Representative for South East Europe Azay Guliyev in the Parliament of the Republic of Macedonia.

At the meeting, the interlocutors discussed the current political situation in Macedonia as well as the demands of VMRO-DPMNE for snap parliamentary elections, which are more than necessary to get out of this crisis.

At the same time, VMRO-DPMNE leader Mickoski asked for support in the negotiations with Bulgaria, where the country is stuck, due to the bad negotiators from the Macedonian ruling party.