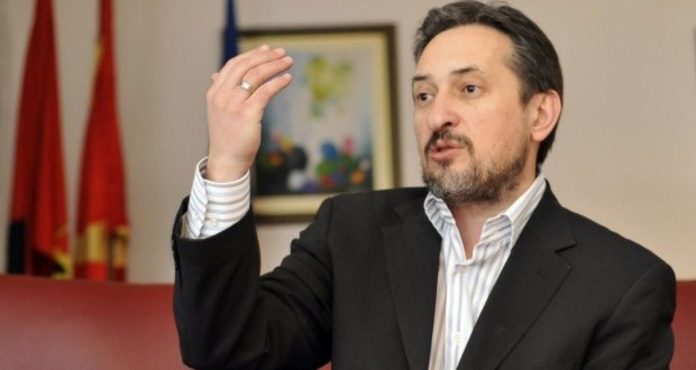 Due to the intrusion of the MEP and VMRO-BND Vice President Angel Dzambaski and his supporters in the hall of the Central Military Club, the planned lecture of the former Macedonian Prime Minister Ljubcho Georgievski in Sofia has been postponed, MIA’s Sofia correspondent reports.
Georgievski was to discuss Bulgarian-Macedonian relations, at the invitation of the recently established Bulgarian-Macedonian Friendship Club.
The former Macedonian PM said he did not understand why this was being done and who was bothered by what he had come to say.
“Friendship is built through dialogue,” he said in a brief statement to MIA’s Sofia correspondent and a group of Bulgarian media outlets following what was happening outside the Central Military Club in Sofia.