Home Macedonia We are blocking all harmful policies of the government, opposition says 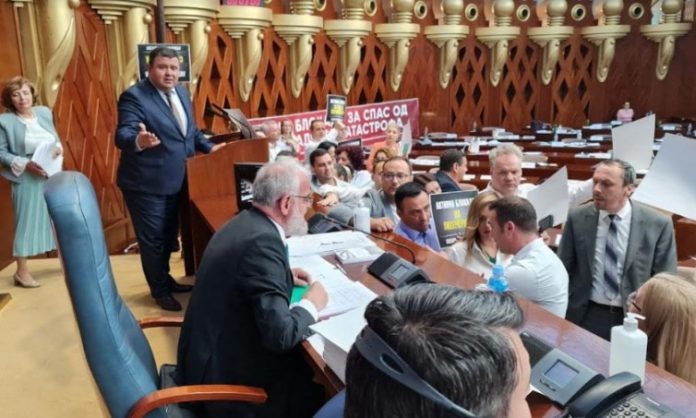 The active blockade in the Parliament is very important for us because we block all the harmful policies that the government wants to take and here are the laws and some personnel decisions that the government is pushing through the Parliament. The government would most like us to leave the Assembly, then in one day all the laws that are important primarily to DUI, and then secondarily to SDSM, will pass, and that is why we are in the Assembly to block such things, said Secretary for international cooperation of VMRO-DPMNE Stefan Andonovski in an interview with Macedonian Radio.

Andonovski pointed out that such harmful laws that the government wants to push through are facilitating the production of marijuana, facilitating the entry of a new gambling business in Macedonia, then housing politically eligible staff in the judiciary and all that will be relaxing the economic opportunity to do crime instead of foreign investment.