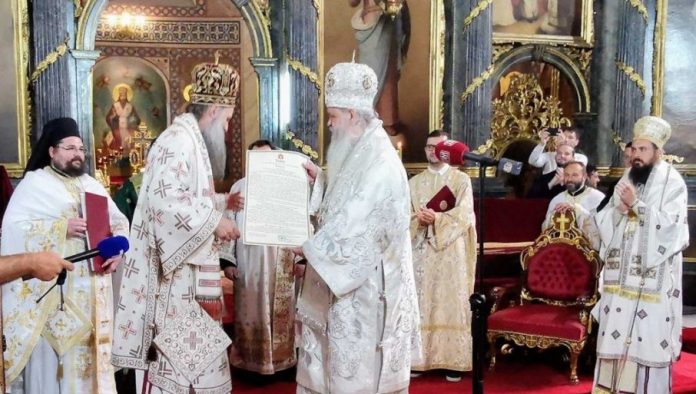 “Today, by the grace of God, we have the opportunity to crown what already exists among us, and that is unity. This unity was disturbed in one period, but was neglected in the spirit of the Church, and that is that the Macedonian Church, the Ohrid Archbishopric has, not only conditions, but also the need to organize in the context of the autocephalous church, to turn out to be the best possible way for the life of our Orthodox brothers and sisters in North Macedonia,” Porfirij said.