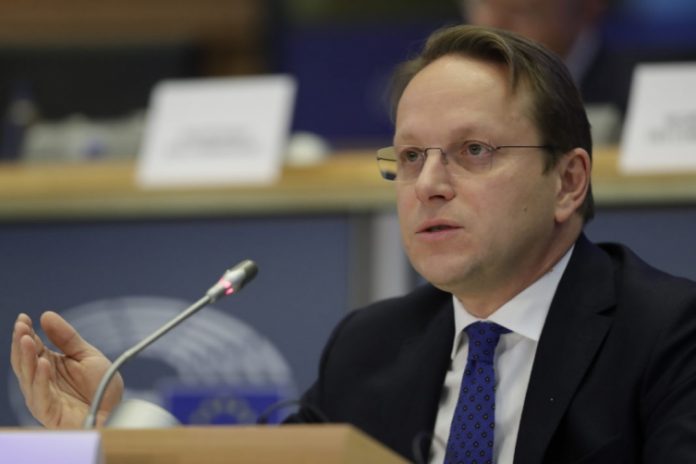 I want to clarify that Bulgaria has three clear demands on the issue of the Republic of North Macedonia. Respect for the framework position adopted by the Bulgarian Parliament, inclusion of Bulgarians in the Constitution of North Macedonia to protect their rights, and third, implementation of the Good Neighborliness Treaty, said Bulgaria’s Prime Minister Kiril Petkov after meeting with EU Enlargement Commissioner Olivér Várhelyi.

“Simple and clear. Those were our conversations with the European Commissioner, both before and now, for which I thank him,” Petkov said.

Várhelyi, on the other hand, as reported by BGNES, assessed that there is still no solution to the dispute and that it is very frustrating for the EU, because the accession process cannot continue.

“I am still waiting for the support from Bulgaria and we are working on that with all these talks that I had here in Sofia, and regularly in Skopje, to finally clarify and strengthen the European perspective for the Republic of North Macedonia. We would like to see an agreement reached in June, so this morning I will meet with the Prime Minister and the Minister of Foreign Affairs, and I will also meet with the President,” Várhelyi added.