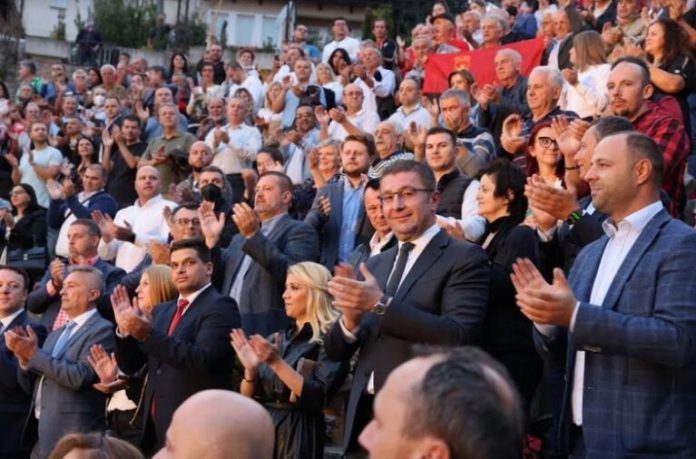 VMRO-DPMNE on Saturday, June 18, starting at 8 pm, will stage a grand nationwide protest in front of the Macedonian Government. With it, the opposition wants to tell the government that it’s time for a change. The party calls on all citizens who are dissatisfied with the current rule of SDSM and DUI, to join the protest en masse.

“The beginning of the end says that we are going to overthrow the Government which is the denominator of all our collective defeats and failures. We stand up, side by side, together, against the Government because it is ENOUGH! THE PROTEST IS FOR CHANGE. Together, united, decisively, for our Macedonia,” urged the opposition party leader Hristijan Mickoski.