Home Macedonia Tuesday’s protest at 7 pm: Starting in front of the Government through... 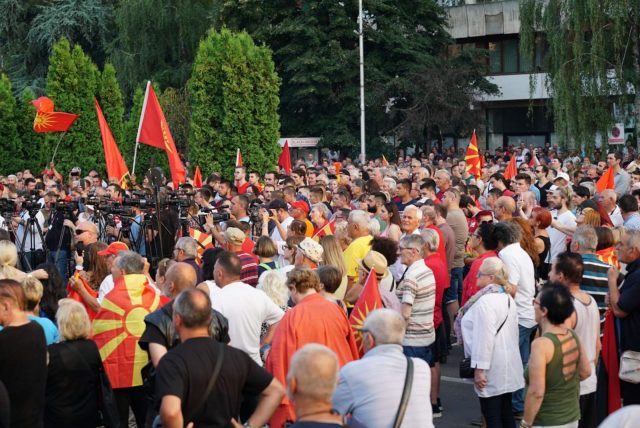 On Tuesday, starting at 7 pm in front of the Government, the citizens will once again protest under the slogan “Ultimatum – NO thanks”.
As announced, the protest will begin in front of the Government, and then continue through the Ministry of Foreign Affairs to the Parliament.
Again today, the citizens will massively oppose the humiliating proposal for Macedonia, which accepts all the Bulgarian conditions.
For several days now, a large number of citizens have been protesting saying that they are against the French proposal.