Home Macedonia Minister’s wife and her sister were employed at the Shtip hospital on... 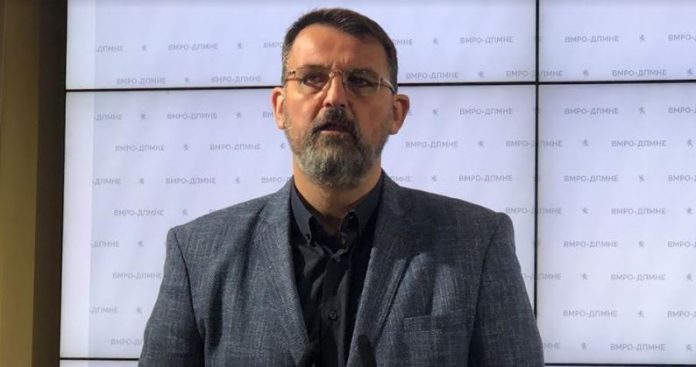 The VMRO-DPMNE spokesperson NaumStoilkovskipointed out on Sunday that the opposition party continues to unveil scandalous nepotistic employments and abuses of positions by kleptomaniacs in power, while Macedonia sinks into poverty and crises!

“At the same time, on the same day, Bochvarski’s wife and her sister were also admitted to the Stip hospital. To make matters clearer, MarinelaSerafimovaBochvarska and her sister Martina Serafimova are now employed in this hospital, as they say in Shtip, immediately after graduation, that is, after less than three months of experience in a private health institution,” said Stoilkovski.

“Is it true that Bochvarski’s wife and her sister are employed as general doctors in the specialist departments of Internal Medicine and Pediatrics at Shtip Clinical Hospital, with the permission of the director of the hospital, a member of the kleptomaniac SDS, AlenGjorjiev?”

Is it true that Bochvarski’s wife and her sister, employed at the Shtip hospital, are straight out of graduation and without three months of experience?

Is it true that Bochvarski’s wife and her sister are employed on the same day at the Shtip hospital without an job ad published by the hospital”, added the opposition spokesperson.