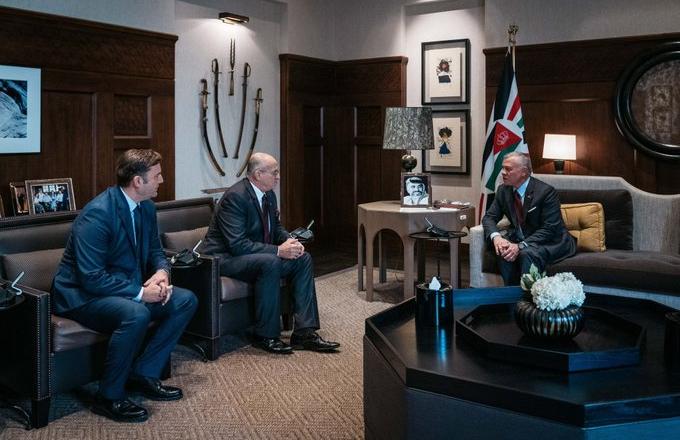 As part of the activities of the OSCE Mediterranean Conference for 2022, which North Macedonia, as the current chairman of the Group of Mediterranean Partners for Cooperation of the OSCE, is organizing in Jordan, a delegation led by the Minister of Foreign Affairs Bujar Osmani, together with the Minister of Foreign Affairs of Poland, Zbigniew Rau, and the Secretary General of the OSCE, Helga Schmid, met with the King of Jordan, Abdullah bin el-Hussein II, in the royal palace in Amman.

“The vitality in ensuring stability in the Mediterranean region is of particular importance for North Macedonia, as the current chairman of the Cooperation Group and the future chairman of the OSCE for 2023. In this direction, efforts will be made to strengthen the relationship between the OSCE and the Mediterranean region, through a series of concrete projects, planned activities and policies of enhanced cooperation. I am particularly pleased that this year, after a seven-year hiatus, we managed to bring back the Mediterranean conference here in Jordan, as a significant contribution to the development of cooperation between the regions,” said Osmani.