Home Macedonia One year since 45 passengers were killed in a Macedonian bus travelling... 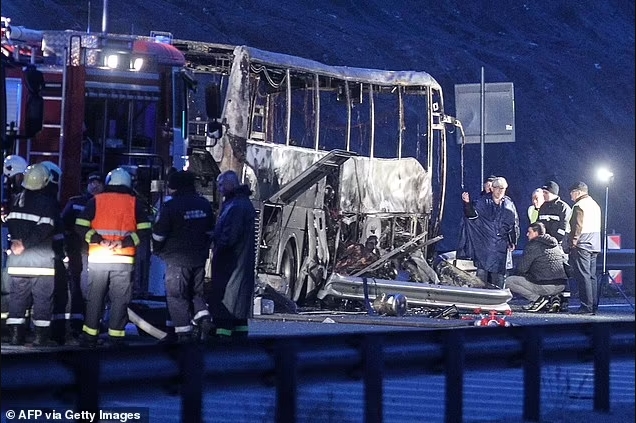 Pain and sadness, but also bitterness is what the families of the victims feel because the investigation of the Bulgarian Prosecutor’s Office has not yet been completed, and the compensation procedure is also pending.

The investigation so far located the fault with the driver, who was driving at an excessive and inappropriate speed. But Bulgarian lawyers representing families of the dead say that the shortcomings of the roadway and the absence of proper road markings cannot be overlooked.

Almost a year since the accident, only the wreath laid down by Macedonian President Stevo Pendarovski on the Struma highway reminds us that the tragedy of the “Besa Trans” bus took place in this place, in which 45 people lost their lives out of 52 passengers, and only seven survived. Tourists were transported from Turkey to Macedonia. All the deceased suffered from thermal shock and suffocation. A year later, the investigation of the Bulgarian prosecutor’s office has not yet been closed.