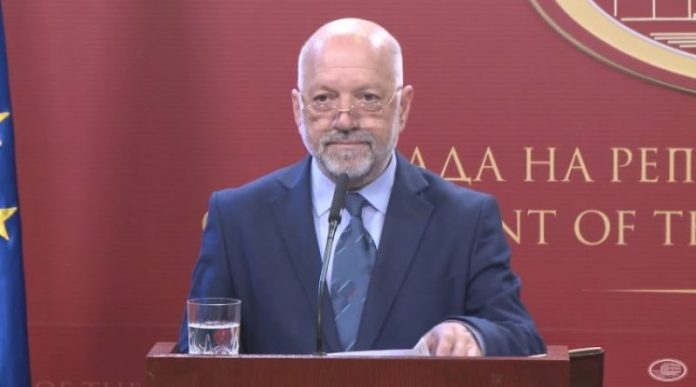 The report of the Ministry of Interior regarding the broadcast of the closed session in
the Parliament where the director of the National Security Agency Viktor Dimovski
gave an account of the &quot;Onishchenko&quot; case has been prepared and submitted to the
Parliament, the Interior Minister Oliver Spasovski informed on Friday, answering a
question after the visit of the Skopje Police Department.
The procedure for revocation of citizenship is by the authority that issues citizenship
and it is within the framework of the Government. According to the report, the report
has been prepared and submitted to Parliament on what happened and further
measures are being taken in that part, Spasovski pointed out.
The closed session at which Dimovski presented confidential documents was
broadcast live on YouTube on the Parliament TV channel, after which Parliament
Speaker Talat Xhaferi demanded that the case be investigated.