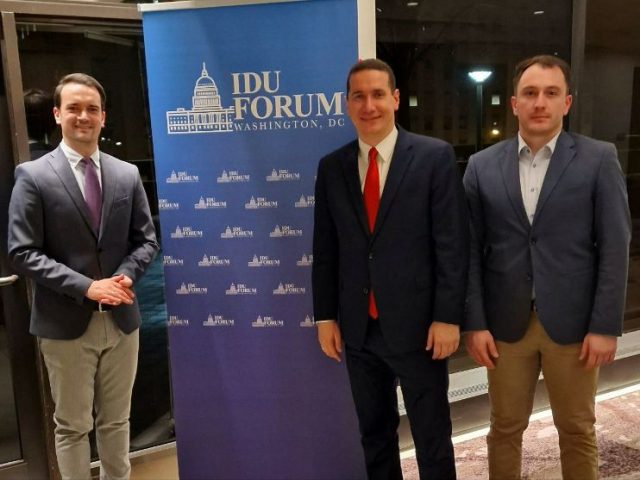 The largest opposition party VMRO-DPMNE has sent its representatives to Washington DC, USA to attend the IDU Forum.

VMRO-DPMNE’s delegation is a delegate in the highest body of the International Democratic Union (IDU) – the IDU Forum, which, after a three-year break, is being held this year in Washington DC, the capital of the United States of America.

The secretary for international cooperation of VMRO-DPMNE, Stefan Andonovski, the member of the Executive Committee, Vladimir Gjorchev, and the Chief of Cabinet of the President, Vladimir Neloski, will take part in important discussions related to the development of right-wing parties in the world, the positioning of the conservative ideology in the face of modern challenges, wars, economic difficulties, etc.

Apart from participating in the Forum, within the framework of the visit to the USA, the representatives of VMRO-DPMNE will also meet with politicians, representatives of partner institutions, non-governmental organizations and universities represented in Washington DC.