Home Macedonia VMRO-DPMNE: Spasovski has been convincing the nation for a month that he... 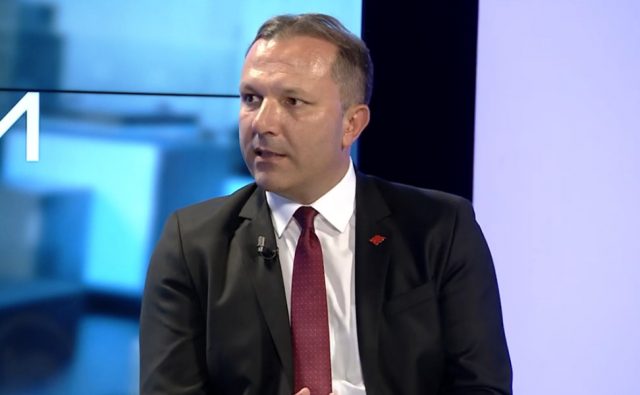 For more than a month, secondary and primary schools, shopping centers, the National Bank, residential buildings, ministries and other state institutions have been the target of bomb threats, and the Minister of Interior Oliver Spasovski is unable to find out who is behind these false threats. On November 16, Spasovski claimed that the investigation is nearing its end and very soon it will be known who is behind the false bomb threats, as well as that all the capacities of several departments of the Ministry of Interior, as well as partner services, are involved, but today instead of an answer, we have growing chaos, terror and panic among the citizens, VMRO-DPMNE said in a press release on Tuesday.
“The messages that are sent are terrifying with a warning that they will all be blown up, and the Ministry of Interior still does not have specific information about who is threatening. Also, Spasovski’s statements and boasts that the security situation is stable and there are no indications of a disturbance, that the reforms in the security services are successful, and on the other hand there is still no solution to the whole case are absurd. Instead of the incapable Spasovski answering in front of the public and ending the agony, he is now saying that the false reports about bombs are the result of the Russian invasion of Ukraine,” said the largest opposition party.