Home Economic Protest of employees ofTetovo’s “MedicinskaPlastika” – they have been waiting for salary... 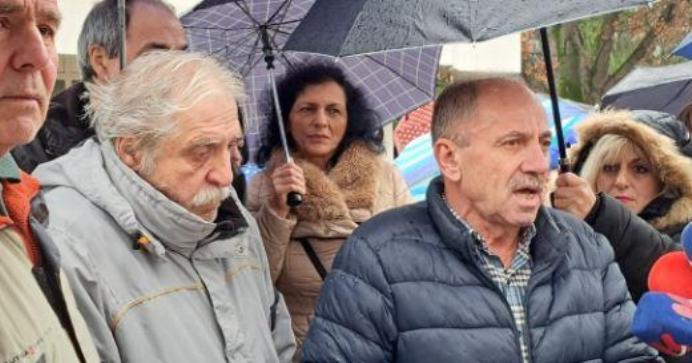 Some of the employees who worked in the “MedicinskaPlastika” – medical productsfactory based in Tetovo held a public protest on Wednesday to warn that, although 16 years have passed since the beginning of the bankruptcy procedure, they are still waiting for their overdue salaries, health and pension insurance and shares to be paid. They decided to react through a public protest on Wednesday.

“At the time we went into bankruptcy there were five major creditors. We, the employees, with about 2 million euros in debt, were the biggest creditors. The bankruptcy was initiated by a bank to which he had a debt of about 870 thousand euros. We have signed agreements for an out-of-court settlement with the management’s obligation to return the money for unpaid wages in 3 years. Nothing has been paid during the bankruptcy proceedings. From 2002 to 2006, we have no contributions for health and pension insurance, i.e. work experience,” said MihajloIlikj, one of the workers.