Home Macedonia There is absolutely no way to turn a Macedonian into a Bulgarian,... 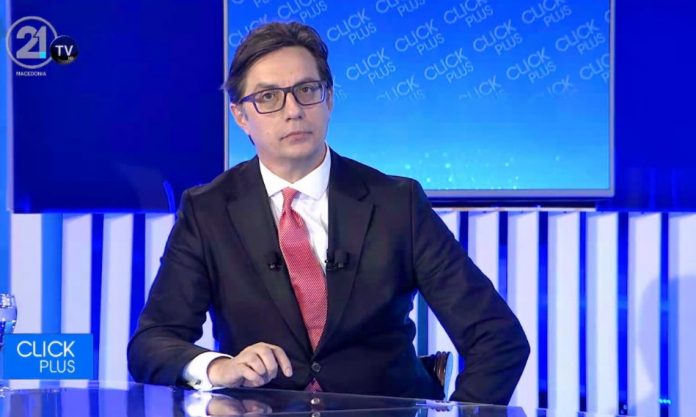 Тhe modified French proposal, which divided us to unprecedented limits, caused numerous controversies, but all of them were directly or indirectly related to the fear of an identity threat, for Macedonians and the Macedonian language. Referring to the thesis that only as Bulgarians we can join the European Union, I want to emphasize that there is absolutely no way to turn a Macedonian into a Bulgarian, President Stevo Pendarovski stressed during his annual address to the Parliament on Thursday.

Referring to the mass protests that took place during the summer period related to the so-called “French proposal”, which he said is today’s EU negotiating framework, Pendarovski emphasized that an atmosphere of fierce political tensions was created in the country and a perception among part of the public that it is a destiny dilemma to be or not for the nation and the state and that we are supposedly making a decision that will define the fate of future generations of Macedonians and Macedonian citizens.

“These are two different identity codes, two different peoples with their own specific ethnogenesis. There is no such example in history, when the national feeling of an entire nation is changed with an agreement, the president emphasized, speaking about the tensions created between the Macedonians and the Bulgarians, that is, the alleged threat to our identity. And after five months, I am deeply convinced that the position I expressed on July 3 of this year that the decision to accept the modified French proposal is neither a historic triumph nor a historic debacle can withstand reasoned criticism today. At the same time, I refuse to believe that the political goal or priority of the President of France or, for example, the German Chancellor is to deprive the Macedonian people of its identity in order to bring us into Europe as Bulgarians,” stressed President Pendarovski.