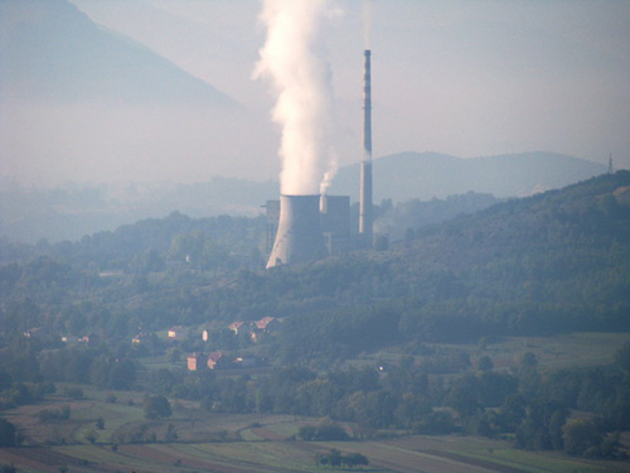 An extraordinary on-site inspection was carried out by the State Inspectorate for Environment on Sunday, after receiving information about an alleged fire in REK Oslomej.

The inspectorate was called by the citizens after a fire broke out last night after coal was ignited in the room near the turbines in the thermal power plant and increased air pollution was felt in the surroundings of Kichevo.

“During the supervision, a record of findings was drawn up, in which it was established that a fire broke out in the REK Oslomej thermal power plant on 24.12 around 8:15 p.m., it was localized (according to the statement of the director of the thermal power plant) around 9:15 p.m.

The cause of the fire was a large amount of slag that was collected in the furnace and when it exited the slag remover, it was poured over to the place where the coal is located, causing fire.

“Due to security reasons, the block was immediately switched off,” informed the State Inspectorate for Environment.