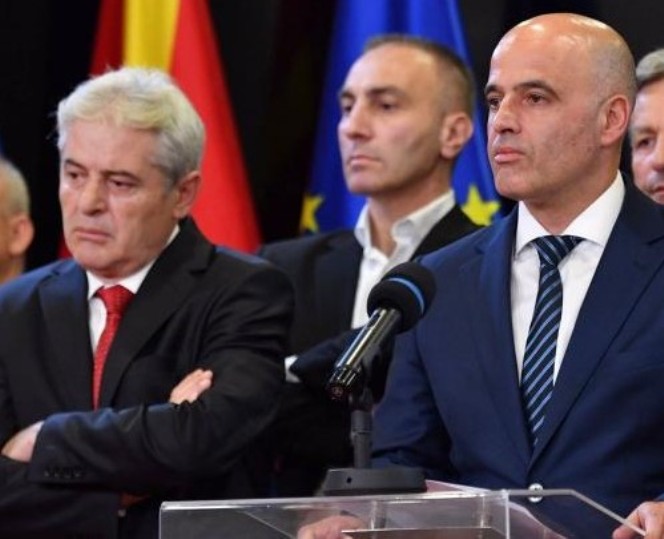 Macedonian Prime Minister and leader of the ruling SDSM, DimitarKovachevski, is the servant of the leader of the coalition partner DUI, Ali Ahmeti, as well as the patron of business interests and the leftists, and therefore elections are the solution, the opposition VMRO-DPMNE said in a press release on Sunday.

“Kovachevski is a prisoner of Ahmeti, he spent a whole year literally like before, with crime and corruption. Kovachevski protects all of Ahmeti’s people, from Grubi, Osmani to Bushi, because he knows that only he keeps him in the prime minister’s chair. In addition to Ahmeti, Kovachevski also becomes a subject of the leftists with whom he is in a coalition in the City of Skopje and in many other places. We also see their destruction after the dysfunctionality of the city of Skopje. And while Kovachevski is serving, the businesses of his godfather and his immediate family are spreading across the country, of which he is the patron,” VMRO-DPMNE pointed out.

“Kovachevski’s government is a problem for Macedonia, snap parliamentary elections are the only solution and a way out of the coalition, which has murky deals and tenders above all,” added VMRO-DPMNE.