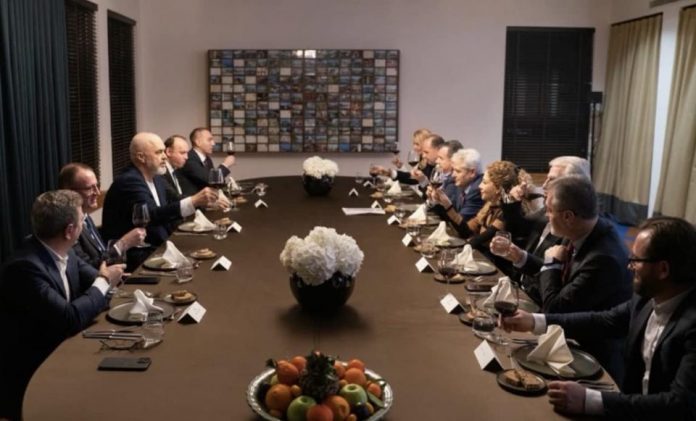 The organization NovASNOM believes that the meeting of Albanian parties from Macedonia with Prime Minister Edi Rama in Tirana-Albania is aimed at strengthening inter-ethnic discord and fueling ethnic intolerance and mistrust between Macedonians and Albanians in Macedonia. We doubt whether the Macedonian parties, primarily SDSM, have accurate and honest information from the Albanian political leaders, primarily from the coalition partner DUI, what exactly was discussed about the future of the country and what “visions” were on the political “menu” at Edi Rama’s table.