Home Macedonia MFA requests that Sofia distance itself from the provocations of Kostadinov and... 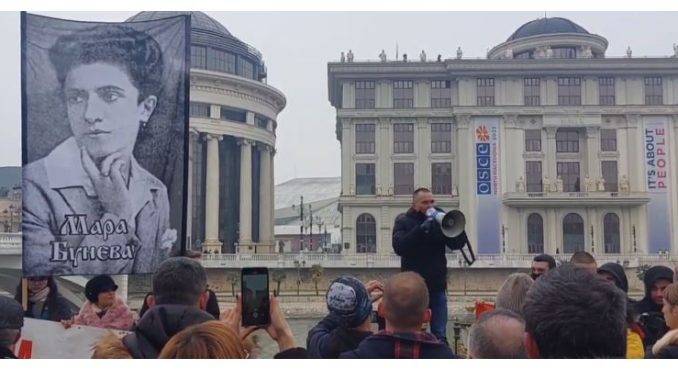 The Macedonian Ministry of Foreign Affairs announced more than 24 hours after the gathering of Bulgarians from Macedonia, which was attended by MEP Angel Dzhambazki and the leader of Prerodba, Kostadin Kostadinov.

The two politicians, who according to Prime Minister Dimitar Kovachevski, are unwelcome in Macedonia in the middle of Skopje, said “long live Bulgarian Macedonia” at the memorial service organized for the 95th anniversary of the death of Mara Buneva.

“The Ministry of Foreign Affairs is closely following the statements of certain marginal political figures from R. Bulgaria, whose provocations continue, without taking into account the efforts made by both countries to maintain constructive cooperation and the positive spirit in bilateral relations between the two countries. The Ministry, through diplomatic channels, responded accordingly to official Sofia, in which it requested a disclaimer from the inappropriate statements,” reads the press release.