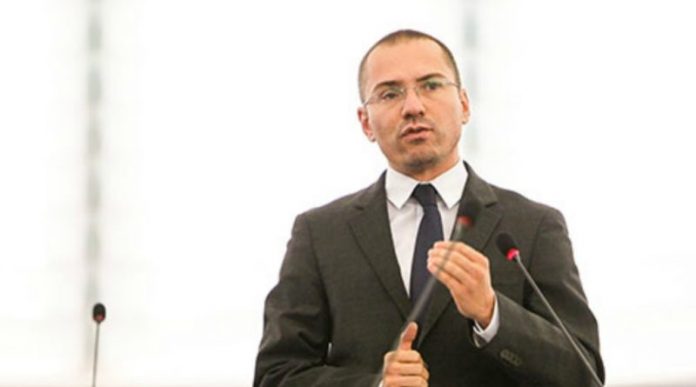 According to Macedonian Foreign Minister Bujar Osmani, for the time being, it is not an option for the country to declare the Bulgarian MEP and co-president of the Bulgarian VMRO-BND Angel Dzhambazki as persona non grata, because, as Osmani said, his goal, apart from provoking, ‘is also self-promotion through the reaction that will cause it in our country’.

Osmani’s statement follows after the Bulgarian MEP Angel Dzhambazki attended the commemoration of the 95th anniversary of the death of the revolutionary Mara Buneva last weekend in Skopje in the company of a hundred supporters. The main speaker of the event, which attracted the most attention of the media, was exactly Dzhambazki who, in his address to the audience, did not refrain from provocative rhetoric about the history and relations between the two countries.

“We had that dilemma here as well because we are discussing this in the Ministry. There are proposals to declare him persona non grata, but we must consider all aspects. Are we doing man a favor by doing so? If the situation escalates, we may change our minds and have to make such a decision even at the expense of doing him such a favor. But for now, we think that we should not play his game, but have our own strategy,” said Minister Osmani at Friday’s press conference.